We've just returned from a 5 day trip to Florida - excuse the lack of commenting and posting - I'll catch up on that soon. Vacation! It was great! Every morning Nick and I went for a jog which became a walk on the beach. The position the baby is sitting in - I could not run most days! I still logged my walking miles - which took so much longer than jogging! 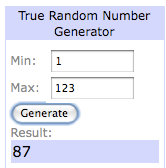 The CEP giveaway was so popular! Hopefully I'll be able to do it again soon. Thank you for your interest :) The winner is #87 -  Karen !
You have 48 hours to contact me Karen via email tosha25italia at yahoo.
If anyone knows how to number the comments -  let me know!


I wore the socks on the plane - had no leg cramps - though it was a short flight!  The flights were the hardest part! We went with Bill's parents/my inlaws and it made it so nice. I definitely felt that I got to relax. Nick had a fabulous time on the beach, eating the sand and in the pool, swimming!!

While we were there, another baby was there of the same age who had been taking swim lessons and could float on his back on his own and swim to the wall (a short distance). I've been taking Nick on my own, but I don't know how to get him to do those things. Does anyone know a good place for swim lessons nationally that teaches them how to swim young?  The little boy was from Florida so he probably swims year round but I want Nick to know how to swim on his own! 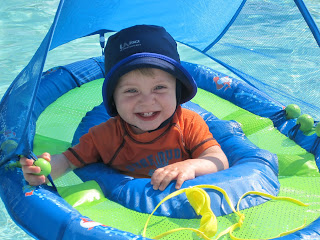 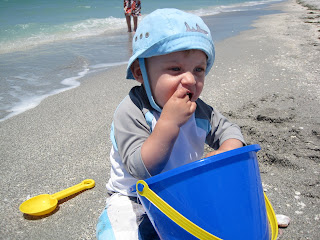 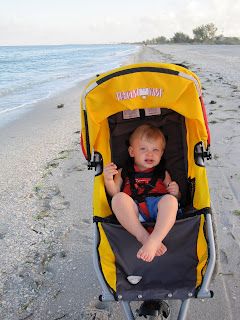