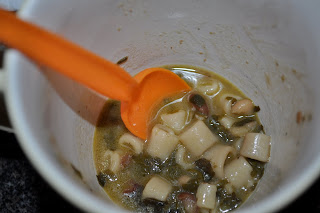 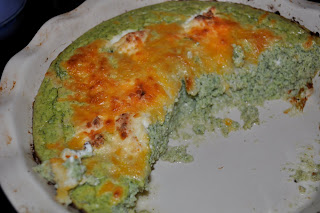 In other news, following a post by HEAB, I tried making coconut butter. I only used a little bit of coconut to start off. Did not know what to expect because I have never had it. Also, once I had already came home with the Bob's red mill, I saw that HEAB said it didn't work so well. I think the coconut oil worked. Wow. Delicious. Coconut Easter Egg quality? Maybe. Yum. I took bob's red mill coconut and added a TBSP of coconut oil and processed away. I then put it atop Banana/Apple Blueberry Pancakes with blueberries and ground cashews/almonds/agave and coconut oil crumble. This was Nick and my lunch. Delicious! 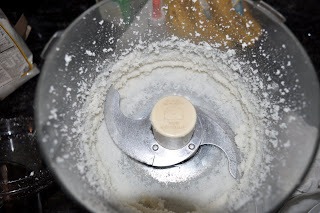 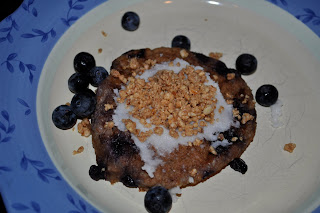 Dinner was black bean burgers w/ bulgar and cheese and the broccoli frittata. I didn't add enough egg (only 1) so they were falling apart. Still delicious! 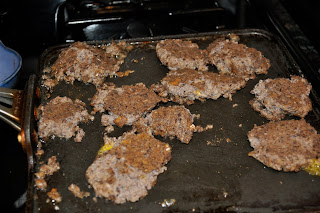 5 months:
So at 5 months, I feel pretty good. I feel much larger than with Nick, and more out of breath, and more slow than with Nick. Swimming is going ok. It is hard for me because I am competitive when people that I view as slower than me are beating me, but most days I just get over it!
Running is slow. The band is helping to make it more comfortable. I can't believe I ran to the end with Nick. We'll see if I can do it again. I signed up for a 10 miler next weekend at the shore. I did a half marathon just before 5 months preggers with Nick and it was slow but not terrible. Well, I was still doing long runs at that point, but now the longest run I have done is 6 miles. I don't know why I am doing it and am even wondering if I should do it!

This weekend (21 weeks) I had a wedding - the band was super loud and this is the first time I totally felt tons of movement from the baby, it was pretty cool. I am going to the bathroom every time I stand up, yet haven't had to go in the middle of the night every night which has been awesome. I'm tired at night, doing better getting my veggies, and sometimes feel pressure in the lower ab area. I'm excited for when I feel movement everyday- that was my favorite part. 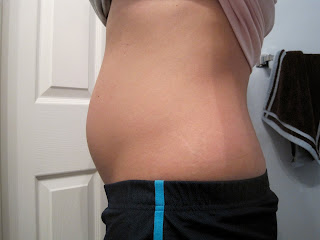