Break out the belly band 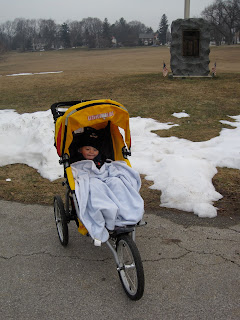 So today I decided to use the belly band for my run. I don't think I broke that out until around 6 months last time - I'm not even to 5 months yet! It was a nice run - I took Nick out this morning and ran around town.

Here are some comparison pictures: Me at 20 weeks (last week) 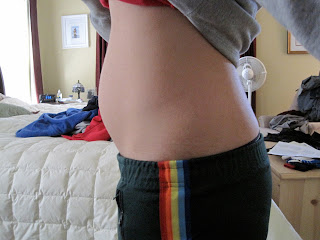 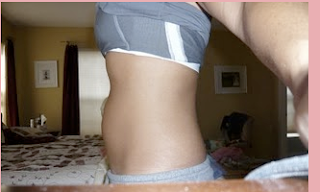 What do you think? Boy? Girl? I like hearing guesses and reasoning.
I can't tell if I am carrying higher or lower so far. I like the speculation for sure.


Those of you that have 2 kids, did you have similar pregnancies and have different genders?
So far everything is like Nick - it's easy, I'm tired at night, I just feel huge for how far along I am as compared to Nick. The only other thing is that I don't remember having so much heartburn at this point. It's early!

On Monday, Bill found out that he got laid off at work.
The way everything was handled was very poopy and it stinks.
We are hopeful that he will find something better, but for now,
it is nice having him home to spend time with Nick and I.

Today I got my first facial in about 7 years.
I had a gift card to a local spa and my skin has just been awful.
I have blemishes everywhere and dry skin, oily skin.. it's just terrible.
The facial was nice and relaxing.
Then they recommend products at the end that are overpriced.
I would definitely do it again if someone gave me a gift card, but otherwise - damn!
So expensive!

I've still been thinking about the strollers. I don't have a normal stroller,
so I'm thinking about getting one of those first, then deciding on the bob revolution dualie.
I do have to say that I wish I bought the Bob Revolution instead of the ironman.
I want the swivel!! 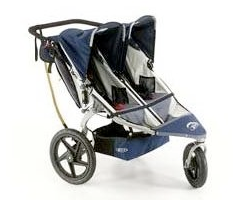