I started tutoring the son of a woman that I swim with in the mornings. A few weeks ago (I never told anyone at swimming that I was pregnant) - she told me people at swimming were asking about me moving from the faster lane to not so fast lane. I thought it was kind of nosy but ended up telling her I was pregnant. I assumed she'd tell everyone so that I wouldn't have to but she didn't tell anyone! I'm still going first in the lane I moved into and beating all the people I used to beat so really no one should be asking questions, I think she was just being nosy. One day last week a girl in my lane asked me what the deal was - you can definitely see that I have some extra space in my belly now - she just said, what's the deal, are you pregnant? Now what if I was just gaining some weight? I'd never ask this! So - the secret was out. I went on Wednesday and no one asked me (the girl wasn't there) but today somehow we were mid set, and the guy who was going behind me says, "how are you feeling, are you doing ok?" and I was probably looked at him like "HUH?!" I was far in front of him so I didn't know why he was asking me. I said "I'm fine?" and so he said "Oh ok - I didn't know you were pregnant." Just because I'm pregnant doesn't mean I automatically can't lead the lane or swim fast - I was kind of peeved as I left the wall to do the second 175 in the set. Later on the guy wanted to go first for a couple of sets and he did fine, but I felt like it was because he found out I was pregnant and thought he should go in front of me. I don't see it as a handicap. I'm still hanging in there.

Nick's first birthday party is supposed to be tomorrow at 4 pm- and here is the forecast:

They are calling for 6-12 inches. Here's what I was doing all afternoon: 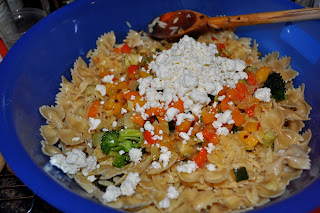 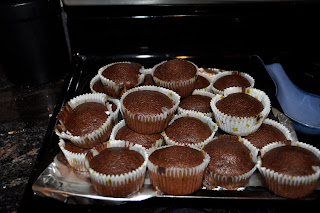 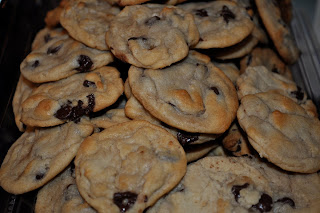 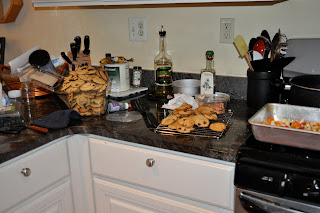 the mess of a kitchen 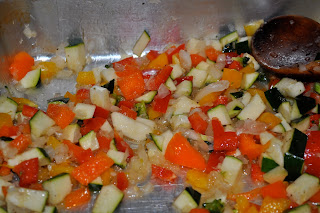 the veggies getting ready to be roasted for the pasta salad 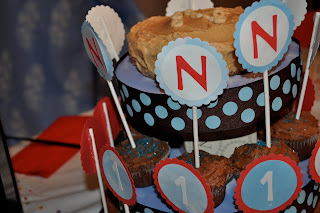 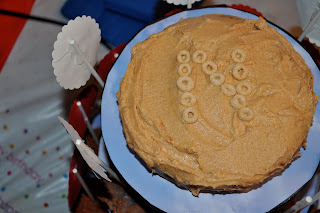 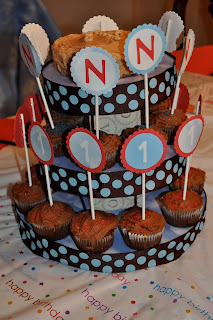 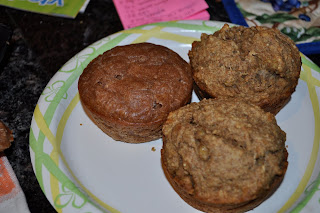 These banana muffins Christine posted on her blog turned out very yummy -
this would make a good cake I think.
(top right and lower muffin)

I put icing(pb/cream cheese) on one for Nick's birthday breakfast tomorrow.
It's the one with the 1! 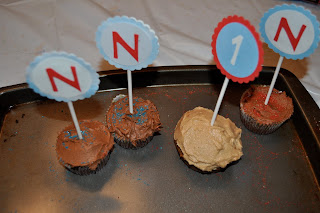 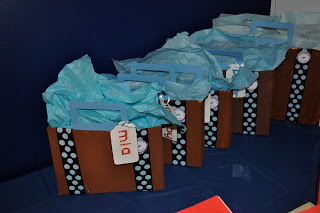 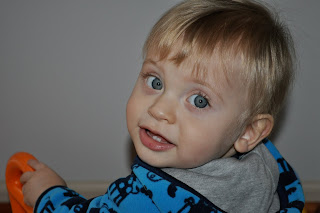 The birthday cake - from the store ! 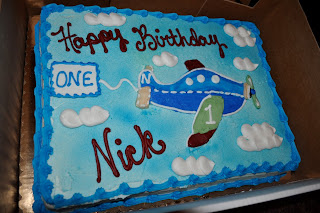 We will have to see if the show will go on or be postponed until Sunday. We picked up the cake, bought a few balloons, and have to let the food people know (sandwiches) by 11am.. hoping that we can still have it. Either way, can't believe my little baby boy is turning 1. One year ago was the last day I taught a class! :(

Here is this Friday's HumNut Pizza: 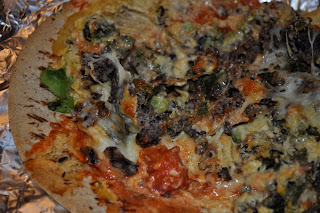