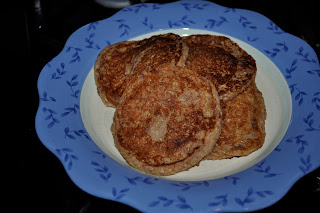 Here was pancake Sunday - same pancakes as last week for one batch, then I tried another batch of whole wheat vegan pancakes from the Clean Eating Mama's recipe. I love pancake Sundays! Send me your recipe to try!

I did not like these quite as much as I love Avery's pancakes, but they were good! 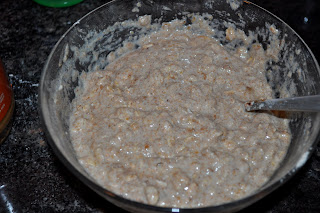 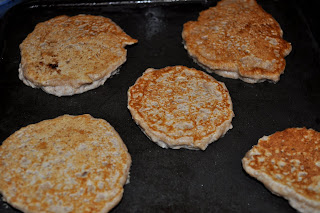 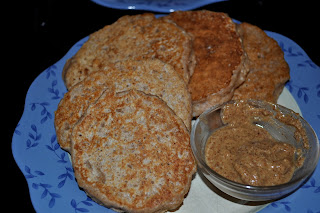 They needed something - so almond butter was good with them.
The apple/banana pancakes are good just by themselves. So yummy!

Here's both - the apple/banana in the back and whole wheat in the front. 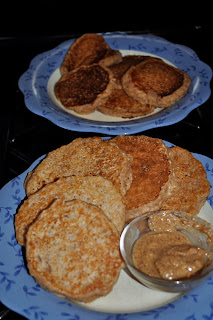 Then for dinner, I made a veggie lasagna and whole wheat bread. This bread was really good and probably the first time that bread turned out for me perfectly. The funny thing is that the directions said to let it sit for 20 minutes and I let it sit for 2 hours while I was doing things. I hardly kneaded the dough, but it turned out great! 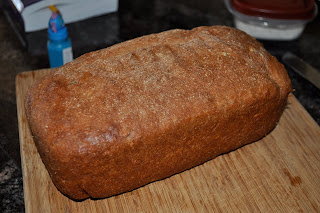 19 weeks -I hit 19 weeks yesterday - this is going really fast and I want it to slow down (I want the pregnancy to be done! but I am not ready to have a baby right now!)
This week I feel like I really hit my stride. I'm tired at night but not afternoons anymore, which is fine. I try to go to bed early! This week being hit with snow had some good things that came along with it: I found a new routine that I like better!

I ended up with my highest mileage in a while: 31.4 miles and it felt good! I only swam one day but it was nice to sleep later instead of getting up so early. The past few weeks I have been running Saturday and Sunday and since I sleep in on the weekends, I was kind of dreading running both days, so I may try this new schedule, and maybe throw in another day of swimming if I'm feeling it or go later in the day or on Saturday!

End of the month challenges: The food bill was decreased - I did well on that front and will continue to try to hit a lower budget in March. For fruits and veggies, I made a conscious effort but didn't count past day 2. Getting there!
Posted by N.D. at 5:38 PM