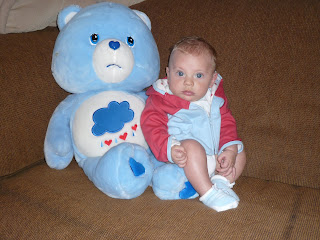 Nick chilling while I ran

This morning we were heading down the shore. Nick was up last night at 11, then 2, and 5. Back to the old days for a night, it was rough! I had planned to get up around 8 to run, and I was up at 8, but so was Nick, and he was all stuffy and fussy. I ended up running around 10, and having to speed race the last few minutes, hop on and off of the treadmill to entertain Nick, and finally with 5.9 miles I stopped. I packed a few things up, put some things in the car, and hopped back on the treadmill and ran as fast as I thought I could (8.0) to finish up to 6.5 miles. It wasn't very fun, but it was nice and quick! The house was so humid - it was not comfortable running weather!

We left for the shore and I took Nick for a walk and later a quick jog, but again - humid, even though it is 60 down here! I was going to go for 3.5 miles to finish up to 10 today but I made it less than that, I have to map it out. 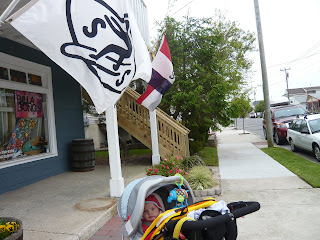 I made these yummy raw food bars last night - tried making them like Samoas - the girl scout cookies. I started with the dates, then added chocolate chips, cocoa, oatmeal, and almonds. They were good! 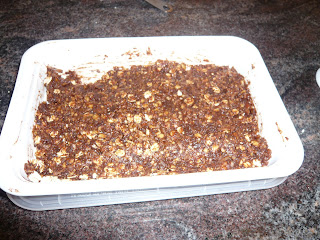 A few people are running their first half marathons coming up - check out the guide!
Posted by N.D. at 4:08 PM